I was intrigued to read ‘The Last Rose of Summer’ by Mary Austin. It is fiction, but all based on her own true life story:

When only in her early twenties, Mary, a workaholic pre-med student at Cleary University, discovered through research that Rb1, a tumour suppressor chemical which is also a ginsenoside found in ginseng, could have a harmful effect on the DNA of cancer cells in a petri dish. Quite naturally she was jubilant at the consequences of this… with development there might be a possible future cure for cancer, and also existing cancer patients would not need to undergo chemotherapy with toxic drugs.

However, when she disclosed her findings with the aim to publish in medical journals, she was alarmed to find that over time she was excluded from meetings between her bosses and the big pharmaceutical companies, her work was sabotaged, her home invaded, her emails hacked, and threats were made on her life. Only one of her senior colleagues would ever come to her aid, but ironically he was already dying of pancreatic cancer.

Pharmaceutical giants do not like to be told that their drugs, and thereby their future income, might not be needed anymore. Mary feared for her life as the pharmaceutical bosses strove to discredit her work.

Some of this book does make riveting reading, however for a laywoman like myself there was quite a lot of technical jargon that went right over my head. I had to give this book 3 stars in the end, as to be quite honest there was much of it that I didn’t understand. I’m sure my oncologist would have been glued to each page in raptures! However, I did get the gist of the book, and realise that really important medical research into a cure for cancer has been left unpublished and kept out of the public eye to appease the drug companies.

In this day and age, nothing surprises me anymore. Corruption is rife, money is king, and cancer victims like myself just have to get on with it even though there could have been a cure just around the corner thanks to Mary’s research.

It all makes depressing reading. One wonders whether there will ever be a cure for cancer at this rate, as who knows how many other Marys there have been whose work has been sabotaged? The bosses behind the big pharmaceutical companies do not want a cure for cancer; they want to keep selling their toxic chemotherapy drugs and make lots of money. Sad but true.

8 thoughts on “Stevie’s Review of ‘The Last Rose of Summer’, by Mary Austin” 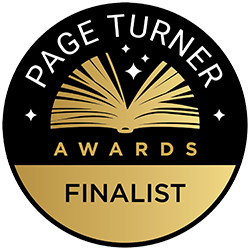